Battery manufacturers can experience a range of issues that can affect quality and yield, which can later lead to reliability and safety issues when batteries are deployed. While the reasons may vary, in almost all cases the ability to manage the data value chain is key to success.

How do we define a data value chain?

I like to think of it as a parallel digital life each asset leads as it progresses through its lifecycle, from instantiation through assembly to deployment and, finally, recycling at its end of life.

Put more simply, the data value chain is the sum of all available parameterized information relevant to an asset, threaded together by its unique serial number. And just as a product value chain builds value through the lifetime of the asset, so does the data value chain. The data captured, stored and manipulated at each stage becomes the foundation for a range of analytics that maximize the value of your data wherever it resides.

A diagram of the parallel digital life of each battery asset, progressing through its lifecycle.

Many different types of data from different sources contribute to the data value chain of a battery — from as-designed manufacturing instructions to as-built data captured for quality control, for example. Sources can include operating envelope guidelines derived from test-bed data to actual operational data. Also included is third-party ambient data describing local operating conditions such as energy market prices that can guide battery charge and discharge schedules.

Of all these data types, perhaps the most underrated is the data captured by “digital manufacturing travelers” during manufacturing, formation testing and system integration. It is here that a fully transparent battery can be built, in the sense that every factor of production going into a specific serial number becomes digitally traceable. I’d like to share four examples of why this is important.

Track materials and equipment used to build the battery.

Sometimes the role of a digital manufacturing traveler can become essential even long after the battery was manufactured. This was the case with the recent General Motors recall of the Chevy Bolt. Peaxy CEO Manuel Terranova writes about the recall on Medium where he mentions that the need to recall every Bolt ever manufactured may be attributable to not having tracked which miscalibrated robots built which of the 40 million pouch cells that went into the entire fleet’s batteries. Without the foresight and planning needed to capture the data up front, the magnitude of the effort of trying to piece the data together later on is usually insurmountable.

Capture manufacturing defects at the source.

Most assembly lines still include manual steps by human operators, and here too errors can occur, especially on manufacturing lines assembling multiple configurations of an asset. This can also occur on R&D lines, where multiple distinct batches are built for each design of experiments (DoE) project. Using a digital manufacturing traveler, discrepancies between as-designed specifications and as-built specimens are caught immediately, because the manufacturing traveler does not allow completion of the manufacturing step until the human error is corrected.

QA testing on the line can use the data collected by the digital manufacturing traveler to receive immediate feedback about incipient equipment miscalibration, such as an alert if the difference between a battery’s dry and wet weight exceeds an allowed range. In real time, QA engineers have the information they need to either quarantine the offending battery for rework or scrap, or allow it to proceed within an extended range by attaching a non-conformance report code. If multiple batteries fail in succession, they can stop the line immediately and recalibrate. 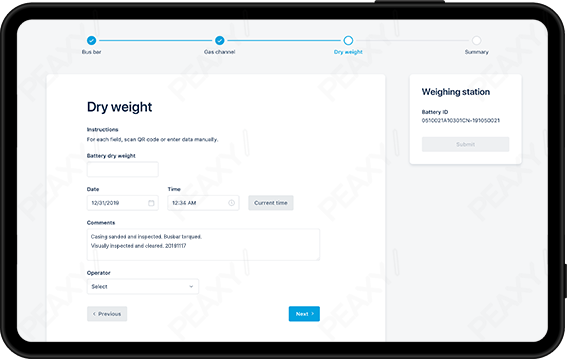 Formation testing in a battery cycler is another important milestone where a digital manufacturing traveler is indispensable. It is the last opportunity to catch failing specimens before they ship. In the R&D context, a battery’s entire working life might be spent connected to a cycler.

Battery cyclers will gladly generate granular raw data for each battery, but they deliver it in proprietary file formats unique to each cycler brand. Before this data can contribute to the data value chain, it needs to be converted and normalized in order to yield meaningful test results. Many of our customers use cyclers from different brands, so the configuration of conversion pipelines ensure that cyclic statistics such as coulombic efficiency or charge capacity are directly comparable between batteries and across cyclers.

One popular cycler brand you’re probably already aware of is Neware, which outputs data in two proprietary formats: NDA and NDAX. As a demonstrator of conversion pipelines, we recently released the NDAX Converter, a self-service tool for converting to CSV and Parquet formats for post-processing. As a bonus, we also analyze and display the first few cycles’ worth of data to demonstrate the cyclic analytics possible in PLI, our battery analytics solution. You can access the tool at https://ndax.peaxy.net (it’s free and data is erased after the conversion is completed.) If you don’t feel comfortable uploading your own data, there is demo data available.

Some of the clearest evidence of the value that digital manufacturing travelers bring to battery manufacturers is that it quickly becomes clear just how many batteries that previously would have completed the line now require rework or reclassification. In one recent deployment with a customer, they learned that around 7% of batteries previously approved now required some form of intervention before leaving the factory. That amounts to a significant downstream de-risking of battery asset performance, insulating the manufacturer from profit-destroying episodes like those we’ve recently seen in the headlines. 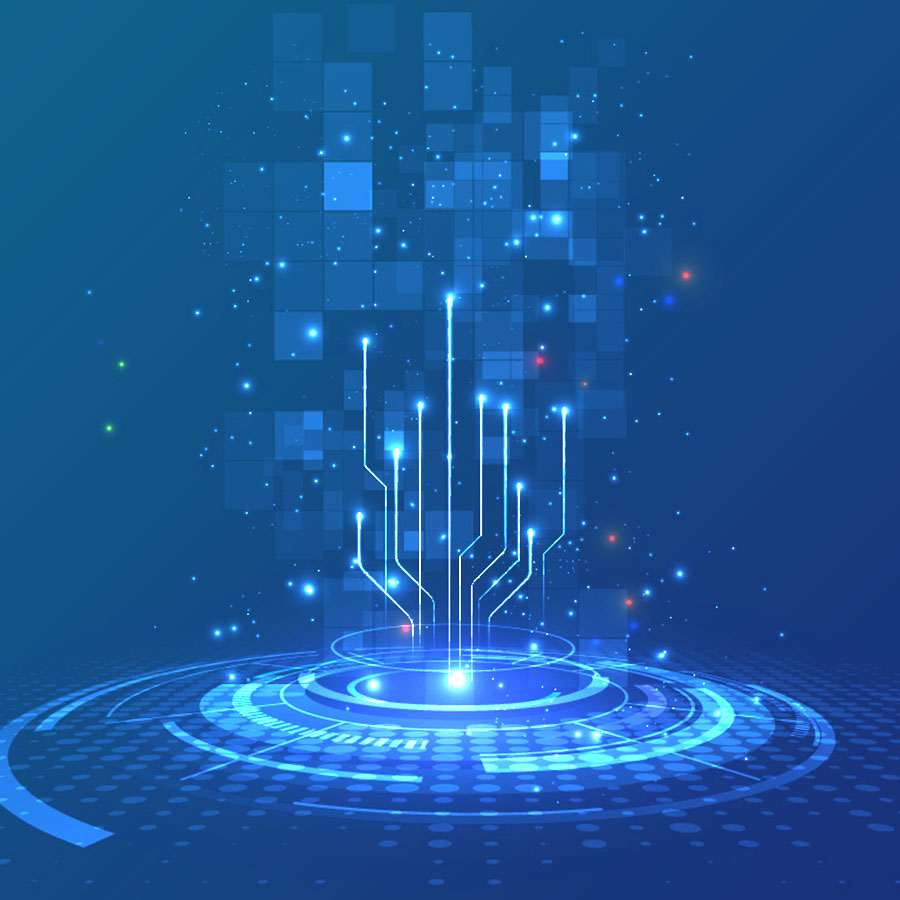 What is blockchain and how can it be used in the energy sector?

The build vs. buy question