What is blockchain and how can it be used in the energy sector?

What comes to mind when you hear the word blockchain? For many, it might be cryptocurrency, such as Bitcoin and Ethereum. Blockchain technology, however, has some promising and surprising uses within the energy sector. For example, imagine a “peer to peer” energy market where consumers can purchase energy directly from energy producers and storage system providers, without the need for a central authority. Before we explore this and other opportunities, let’s first take a short look at what a blockchain actually is.

In its simplest form, a blockchain can be thought of as a distributed data storage system or ledger that enables the exchange of information while guaranteeing its authenticity and immutability. Not surprisingly, in any blockchain, all information is stored and grouped into blocks. These blocks are simple data structures with limited capacity that, once populated, are linked to the previous block through a cryptographic function, thus creating a chain. The blocks of information are then replicated at each node in the network.

Two key features of blockchain, guaranteed implicitly by the underlying architecture, are:

Within each blockchain network, a cryptographic system is used to provide each user of the network a public and private key. The private key is used to sign each piece of information produced while the public key allows other users to decrypt and verify the authenticity of the information saved.

What kind of information can be stored in the blockchain?

We can see how the wave of “non-fungible tokens” (NFTs) is fundamentally changing the concept of digital ownership using blockchain. In general, however, any kind of digital information can be recorded in the blockchain, from legal documents to medical records or images. The most commonly used data type in blockchain systems are transactions, defined as actions that members of the network can perform and that are permanently recorded.

For example, a manufacturer could use blockchain to manage and provide traceability and provenance for sales. As products get built, inventory count and associated metadata, such as country of origin, can be added to the blockchain through transactions. These products can then be sold by registering additional transactions in the blockchain, which would then link the purchased goods with its origination data.

Blockchain transactions can be incorporated as part of rule sets called smart contracts. These are programs stored in the blockchain system that are executed automatically when predetermined conditions are met, applying a powerful layer of logic on top of the data.

Are all blockchains the same?

No, there are several types, depending on, for example, the type of algorithm(s) used to authenticate information, or the distribution of user privileges within the network.

It’s possible to limit the types of transactions a user can perform or the information he or she can access. As such, blockchains can be divided into four categories, depending on how user the privileges in the network are established:

How is blockchain being used beyond cryptocurrencies?

Blockchain is being used in an increasing number of industries to track and optimize the processes of production, certification and distribution of goods and services, reducing their costs and making products and information more reliable. For example:

How is blockchain used in the energy sector?

The energy sector is constantly challenged to keep pace with the rapid evolution of technology and the push toward sustainable energy, both critical in driving increased usage and adoption.

Blockchain technology can be a key player in this technological evolution. According to a report by Global Market Insights, the market for blockchain technology in the energy sector will reach $299.9 million by 2027, up from $391 million in 2020, with a CAGR of 34.4 percent over the period 2021-2027.

There is no doubt that batteries will be the driving force behind the green transition. To realize this, they must also be seen as a green energy solution.The Global Battery Alliance presented a report to the World economic forum in which an ambitious vision for achieving a Sustainable Battery Value Chain by 2030 is illustrated. In this report, a series of recommendations are presented that should be followed to maximize the positive impact of this technology. Most of these recommendations focus on resource optimization through a circular economy, as well as practices that make it safer and less expensive to recycle or dispose of raw materials. Also highlighted are the problems of pollution and lack of worker protection in parts of the supply chain.

One of the solutions proposed is the creation of a “battery passport” (or a digital identity) in which records are kept on the chemical composition and origin of materials and a history of the battery chain of custody. Such a tool would go a long way toward ensuring the sustainability of battery production and would further support systems for the recycling of raw materials and end-of-life treatment. (We covered this topic in a previous issue from the standpoint of battery lot traceability.)

How and where does blockchain fit in with Battery Energy Storage Systems (BESS)?

Realizing the vision of a green battery with its own unique digital identity means we have to capture the country of origin of all source materials and how each of these materials are used throughout the manufacturing process.  For example, the creation of the anode or cathode may require several individual source materials to be combined, all of which need to be tracked.

Today, through the use of tracking software such as our own digital manufacturing travelers, a majority of manufacturing data can already be captured digitally and threaded against each unique serial number, including – crucially – all raw materials used and their country of origin. The country of origin information could be in the form of data exported from or linked to a blockchain. In either case, a reference to the original blockchain(s) would be stored to allow any and all data related to the battery’s “digital identity” to be retrieved at any time.

As batteries reach the end of their useful life, their digital identity (made up of the data collected during both manufacture and service) can be used to decide what happens next. For example, a battery that was once used to power an electric vehicle could be repurposed for small-scale or decentralized energy storage grid applications. In the case where a battery has truly reached its end-of-life, the only option is to break the battery down to individual components for recycling. For this option, the battery’s digital identity provides the recycler the complete list of source materials with the exact country of origin of each material.

As batteries reach the end of their useful life, their digital identity (made up of the data collected during both manufacture and service) can be used to decide what happens next.

Can blockchain be used in energy distribution?

The strong expansion of renewable energy, which is highly decentralized with widely fluctuating rates of production (due to time of day, season and weather) highlights the potential for blockchain technology to become the keystone for the creation of a decentralized energy distribution market.

Blockchain technologies combined with IoT devices could enable consumers and businesses to exchange and purchase energy directly from the grid rather than from retailers. The result would be an open, fair and stable energy market with potentially lower costs. A Blockchain In Energy report by Wood Mackenzie shows that 59 percent of blockchain energy projects are building peer-to-peer energy markets.

The concept of a peer to peer network is less of a vision and more of a reality for the Australian company Power Ledger, which has linked communities together to create microgrids – a group of interconnected loads and distributed energy resources. Currently, microgrids exist as a layer on top of the national grid; however, in theory, they can be separate and self-sufficient. In this type of market, the energy storage system, relying on IoT and AI systems, will become a critical component to automatically manage the buying and selling of energy in the grid in real time.

Blockchain is much more than cryptocurrencies. Combined with software that allows granular tracking of battery manufacturing and service data, it can open the door to improved manufacturing efficiency and quality, and even new markets. Companies that are working to digitize the supply chain for batteries stand to benefit from these developments the most. 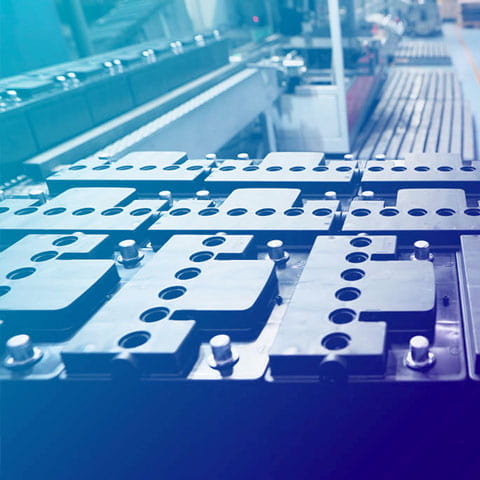 The build vs. buy question